EUROLAB Laboratory carries out the tests used by the Ministry of Defense (DoD) to determine the safety, reliability and performance characteristics of weapon system fuses and fuse components at any stage of their life cycle, according to the MIL STD 331 standard, with its expert team and technological infrastructure. 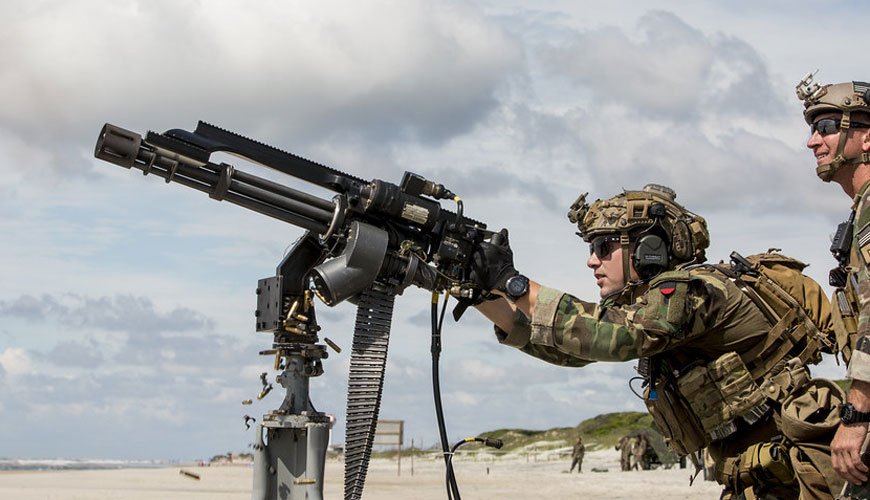 Below is a summary of the five test groups of MIL STD 331:

Group A Mechanical Shock Tests: Fuses are subject to single or repeated blows, often simulating misuse that can occur during logistical or operational cycles.

Group B Vibration Tests: Fuses are subject to vibrations with predicted, specified frequency, amplitude and duration simulation conditions during transport or tactical use.

Group D Security, Installation and Operational Tests: These tests measure the performance characteristics of fuses such as explosion safety, tripping distance or time, and output.

Group E Aircraft Ammunition Tests: Airborne munitions fuses are subject to impacts or forces during takeoff and landing, which may be encountered when munitions are accidentally separated from an aircraft or deliberately safely dropped.

EUROLAB assists manufacturers with MIL STD 331 test compliance. Our test experts, with their professional working mission and principles, provide you, our manufacturers and suppliers, the best service and controlled testing process in our laboratories. Thanks to these services, businesses receive more effective, high-performance and quality testing services and provide safe, fast and uninterrupted service to their customers.